Interoperability. What does that mean? Is it just a buzzword used to motivate the divisions of a corporation to work together? According to TV shows, maybe. But when talking about interoperability in the context of healthcare, it means something else. It is the ability of a system to send and receive health information.

To be even more precise, it is not just the ability to send and receive, but to do so while maintaining the integrity of the information and keeping it secure from malicious forces.

Now, the importance of this is pretty self explanatory. As a provider, or someone involved in the healthcare industry, you know that a patient’s history data, as well as other data related to the patient, needs to be exchanged for a variety of needs. For instance, transferring patient histories to get a consultation from another provider; receiving test results from a third party vendor, such as Labcorp; sending data to the ER in case of a patient emergency.

All of this is done now, in a quick and efficient manner, thanks to EHR systems. Unlike previous, more complicated and cumbersome methods, such as having physical copies of patient histories, EHRs allows for data to be kept in a manner that is most beneficial to the patient, as well as all others involved in the provision of care.

The way that EHR does this, is by combining several of its aforementioned features, such as the ability to exchange information and connecting with third party vendors. What all of this does, is allow for the creation of and continued updating of patient histories in one place.

We call this Unified Patient Records(UPR).

To explain this, we’re going to borrow from ourselves and show you some interesting information from a previous article we published on Unified Patient Records.

“Healthcare is not a one-time thing. Chances are, over the span of your life, you will visit several different doctors for several different concerns. And without these patient histories data, we’re picking up at the start, every single time, and it is completely inefficient. It exposes doctors to inadvertent mistakes, issuing the wrong medication, requesting the wrong test(s) and a litany of such errors. Worst still, it endangers patients as well. They cannot be expected to remember every ailment or test or wellness routine prescribed to them. That forgetfulness leads to one of healthcare’s biggest problems, that of cost inefficiency. Unknowing of the fact that a test has previously been conducted, a physician will re-recommend it because of lack of hindsight or prescribe a medicine that conflicts with another one.”

Now, looking at the quote, it’s very easy to understand why UPR matters. Let’s look at an example. If you’re someone with bipolar disorder and you’re visiting a new psychiatrist, it would be a complete disaster if they did not have your previous medication history, as well as your overall health history. Like the quote above mentions, a patient cannot remember their whole medication and testing history. After 3 or so years of treatment, with several different psychiatrists and failed treatment methods, if the new psychiatrist asks them if they’ve been put on abilify, the patient’s response might be something like, “uhm, I think so.”

But, let’s look at this scenario. What if the patient is right? They had taken Abilify before and had been taken off of it, because they had reacted badly to it. Now if the psych puts them on it, they are going to have to go through whatever side effects they already faced, which could range anywhere from restlessness and tremors, to depression and suicidal thoughts, to full blown mania. All of these are going to cause stress and a negative impact on the patient.

The suicide attempt rate for people suffering from bipolar disorder has been estimated anywhere from 25% to 50%. That means either 1 in 4, or 1 in 2 people suffering from bipolar disorder will attempt to commit suicide[1]Suicide attempts in bipolar I and bipolar II disorder, Danielle M Novick, Holly A Swartz, and Ellen Frank during their lifetime. While things such as therapy, support of friends and family, living a healthier lifestyle and keeping a positive mindset would all help, it has been proven over and over again that proper medication is the most important thing. Cases such as these are very real and is an example of why UPRs are necessary and needed for giving the best treatment possible.

Not every case is that intense and not every case has such high stakes, but does that mean they shouldn’t be treated with the same quality of care? After all, as a member of the healthcare ecosystem, you understand that the most important thing for all of us, is to provide the best care possible. To do this, to avoid scenarios like the one described above, we need to keep patient records unified; we need to have EHR systems that are able to, with ease, meet all interoperability demands; and we need to take care of our providers, so that they can take care of the people.

If you’re actively looking for or just casually browsing for an EHR system that is able to meet the requirements mentioned in this article, as well as be able to be equipped with a slew of other features, we might be able to help. Swipe right on us by visiting us @blueEHR and let’s see if we’re a match. 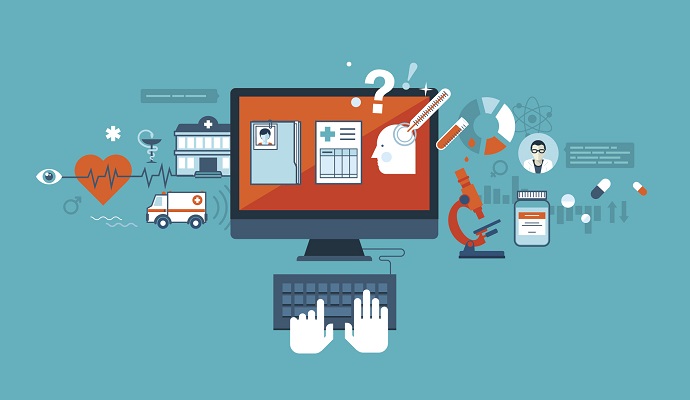