Covid-19: Ignorance is Not Bliss

Covid-19 has changed the world in a way that will be felt for many years to come. While we have dealt with scares like Ebola, Salmonella and the Swine Flu in the last couple of decades, none of them really affected change on a global scale. You didn’t see the average person walking around with a face mask to avoid being infected by the Swine Flu. Other than some homophobic sentiments (which are also unacceptable) being expressed by a vocal minority, Ebola didn’t really affect much. In the case of Salmonella, most people don’t even know that there have been multiple outbreaks since the first one that caught the public’s attention.

This is why Covid-19 is so terrifying. Unlike all the other “big scares”, it has managed to bring the whole world to its knees. The last time there has been a scare like this was over a century ago. Countries around the world had to come to a grinding halt in the face of this terror. Now, as the world (prematurely, according to many experts) starts to reopen, we’re seeing the effects it had on them. On top of the sick and the dead, they also face a possible recession; citizens of many countries have used up their savings or are in debt; many are unemployed; several small businesses went out of business; several major life events, such as weddings and graduations, either had to be postponed or done in a manner that was much smaller or different than initially planned; dating habits have changed; even the way people go grocery shopping has changed.

Acknowledging the terror that is Covid-19 has led to all of the things stated above, but it has also led to people being safer in the long run. By practicing the guidelines and flattening the curve, we avoided a death toll that could’ve been in the millions.

[Read More: Why you should be wearing a mask]

[Read More: Getting care during a pandemic]

But what if we hadn’t acknowledged Covid-19 and kept living as we usually do? That’s what Sweden chose to do.

Here’s what it lead to: “thousands more people died than in neighboring countries that imposed lockdowns”[1]“Sweden Has Become the World’s Cautionary Tale” Accessed July 8, 2020. https://www.nytimes.com/2020/07/07/business/sweden-economy-coronavirus.html.

Since the start of the pandemic, the World Health Organization (WHO) has estimated a figure of 5,420 deaths in Sweden, due to Covid-19. This might not seem bad, till you take into consideration the size of Sweden. “Per million people, Sweden has suffered 40 percent more deaths than the United States, 12 times more than Norway, seven times more than Finland and six times more than Denmark.”

On top of that, their economy, which was one of the main reasons why they chose to stay on track, suffered just as much, if not more, than the countries that did lock down.

Now it seems as if, at least in the United States, the threat of Covid-19 has returned with a vengeance. Records for the highest number of people in a day are being shattered multiple times a week, on a national, as well as regional, level.

Quite a few states have either shut down again or chosen to slow down or reverse their reopening plans.

However, with the President seemingly unwilling to acknowledge this (in fact, he has loudly been proclaiming that the threat is over) or even entertain the notion of shutting down the country again, we might be walking towards a fate that is similar to that of Sweden.

As difficult as it might be, in any way possible, try to keep following the Covid-19 guidelines. Covid-19 is not gone. It is still dangerous. People are still contracting it. People are still dying from it. Unlike a 100 years ago, we are not suffering from a lack of communication or knowledge when it comes to the issue that is affecting us. There are several reputable sites that can keep you up to date on where and how you might be at risk, as well as informing you on how to best be safe. Remember, this is not an issue that just affects you, it affects everyone who you come into contact with. Don’t be selfish here. 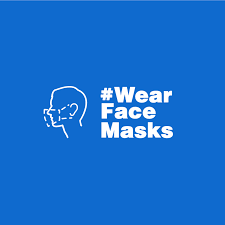 Article Name
Covid-19: Ignorance is Not Bliss
Description
Covid-19 is not gone. It is still dangerous. Unlike a 100 years ago, we are not suffering from a lack of communication or knowledge, yet we are clueless.
Author
Shah Rook Shameem
Publisher Name
blueEHR
Publisher Logo