Cloud Based EHR software for Clinical Care in Emerging Countries 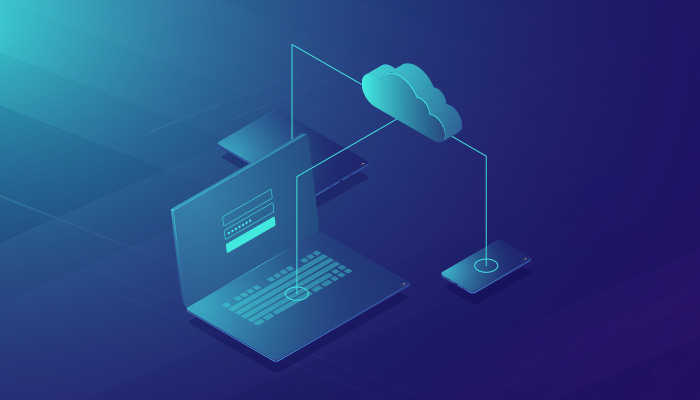 Cloud technology usage is common and widespread in developed countries, with even the most secure industries working on shifting much of their operations and information to the cloud. One of those industries is healthcare. This 2017 report, Impact of Cloud Computing on Healthcare, Version 2.0, illustrates why cloud computing will become the global standard for medical care over the coming years and decades. Surprisingly, it is the emerging countries, not the developed ones, that stand to benefit greatly from the implementation of cloud solutions. This is because many of them have the ability to implement these cloud solutions easily, without having to overcome challenges and barriers in countries with existing technological and operational processes in place. Basically, they can build their house from the ground up, with everything planned out, instead of trying to figure out how to add on to an already existing building. They can leapfrog to the cloud directly – which is generally a less expensive and more powerful solution.

Cloud technologies in a healthcare setting has many advantages that makes it a vital tool in providing healthcare in resource-depleted regions. Many of those benefits can be seen with the example of the large scale implementation of blueEHR software with Sanford Clinics, which was completed in clinics across the entire Africa continent, in under 30 days. Several key advantages of cloud based EHR software is briefly covered below.

Portability – Unlike traditional, non-interoperable medical equipment, many of the platforms that run on the cloud can be easily installed on most off-the-shelf mobile devices. While this has, at times, posed a challenge for regions without sufficient network coverage, cloud based EHR software applications allow its users to continue using it while offline, allowing for data to be taken down and/or viewed, and then automatically synchronize with the cloud when a network becomes available. This allows for patient data to be uniform and as up to date as possible.

Versatility – Since cloud configurations are generally easy to change, the platforms often allow for configurations that comply with all local regulations and restrictions. They also often include multiple languages in order to accommodate the region. This makes them customizable and accessible for any language or country.

Integration – Some of the cloud based EHR software offer the ability to integrate with third party applications that can be used for diagnostics or medication management or billing, among other things. This ability to integrate will become increasingly important given the rapid expansion of the Internet of Things (IoT), including those related to clinical care. It will only allow for easier and quick customization of the software and system to meet the needs, or accommodate the challenges, of the provider.

Scalability – Scalability, aka the ability to be customized, is no longer a struggle between how much an institution can afford versus how much they could grow. With cloud hosting, a scalable solution is there, allowing clinics with limited resources to only pay for what they need, what they use and, if necessary, add-on incrementally.

Security – The primary concern with cloud based EHR systems, in part due to the multiple high profile hacking scandals over the last few years, has always been that data hosted outside of an organization’s network may be at a greater threat than data held within the network. This model of thinking is understandable. However, it is not a problem that you need to worry about. Cloud networks are large and they are almost all growing very rapidly. They are slowly becoming the only option that can retain necessary resources (equipment and personnel) that can keep data truly secure. You might feel more secure having a server that is in one place and you only have access towards. But, that puts your data at more risk, because that would be easier to compromise, as well as it creating a higher chance of you losing the data permanently.

If using a cloud based EHR important to know about contingency planning regarding electronic patient health info pic.twitter.com/hJ1ezf3iFl

Efficiency – Cloud technologies can integrate many different clinical operations into one centralized solution. By automating processes such as inventory management, the entire business would operate more efficiently, allowing the clinic to focus on delivering the best and most efficient patient care possible.

Innovation – Many open-source solutions operate on the cloud, thus providing the opportunity for innovation and information sharing by those individuals who are on the ground, dealing with the challenges of delivering quality care in a low-resource environment. This allows for the software to constantly be as up to date to meet any and all needs.

Empowered Decision Making – Analytics from many sources can be pulled together on the cloud to give medical administrators a broad view of the entire clinical landscape, including challenges that need to be addressed or efficiencies that can be leveraged.

Simplicity – Cloud technology is generally easier to install, maintain, use and update than traditional network components. It can often be done by the end user, in conjunction with the host company.

Affordability – Perhaps the largest benefit of cloud technology is the availability of it at a much lower cost than the implementation of traditional networks. This levels the playing field for providers with few resources and opens up their budgets by allowing more money to be spent on the delivery of care.

Most medical and health data and operations will be, and already is, moving to the cloud. This is inevitable as it provides so many benefits, with very few drawbacks. This is especially true for emerging countries, as cloud technology offers a way to deliver a far better standard of care without needing costly equipment and personnel. We are moving towards the future and cloud technology is going to be a major part of it.