Benefits of an Integrated EHR and Medical Billing System

We know why EHRs are important. That’s a topic that has been exhaustively discussed. I mean, we accept its importance so much that even the government gave incentives for practitioners to start using them and because of that, finding healthcare practitioners who still don’t use at least a basic EHR system is impossible. And that’s not a bad thing, that’s a good thing.

EHR systems are making the lives of healthcare providers and their patients better by making care provision effective, efficient and simplified.

But why stop there? When the telephone was first created, they were landline and they were only able to and were meant purely for making calls. Now, we have phones that can, on the move, make calls, send emails, help you bank, listen to music, watch videos, take notes, make video calls and so much more. However, doing all of these does not take away from the phones initial purpose of being able to make calls.

You can add onto an existing product, without causing it to stop being effective at its initial purpose.

That’s why we at blueEHR constantly push through and innovate new ways to make our EHR more effective and useful. We don’t want to be complacent, we want our EHR to be a multi-purpose tool that can do more than just the basics and fulfill the needs of our clients.

According to the chatter on the various medical and health IT forums, one of the biggest issues that practices have to deal with is medical billing.

That’s understandable. Not even the best spin doctor in the field will be able to convince anyone that the current medical billing and insurance reimbursement process is a simple and uncomplicated one.

Fixing/alleviating this issue would be a huge help for the healthcare practice, both time wise and financially.

On that same note, it was relayed to us that the EHR and billing system being under one roof was a huge bonus factor. Beforehand, some of them had to get their EHR system from one vendor and their billing system from another and then try and make these two seperate systems coexist. With the current crop of integrated EHR and medical billing systems, that’s not a problem.

In fact, with the current crop, like mentioned above, the risk of human error leading to non-uniform data is gone; instead of being difficult and time consuming, it is now easy to use, navigate and exchange data from your EHR system to your billing system and vice versa, due to them being interoperable and under one management system.

Due to its simplicity and due to it all being under the same system, it is also easier to review the process and create total transparency about what the workflow is, allowing you to quickly identify problems and fix mistakes, as well as to coordinate your strong areas to provide better care.

The biggest benefit and the one that most in the industry are excited about, is the revenue boost this provides. Here are some of the things that an integrated EHR and medical billing system can do to increase revenue:

Basically, integrating your EHR and medical billing system does nothing but help your business and give you peace of mind. And one of the ways that is achieved, at least in the case of our product, is by scaling your billing system to meet your needs.

That’s because our focus and goals are the same as it was when we started, during the infancy of EHR adoption on a mass scale, when we were the leading code contributors to openEMR, and that is to help healthcare providers worldwide provide the best care possible, while making their lives as easy as possible.

So we guarantee you, whether it’s with us or another vendor, you will not regret investing in an integrated EHR and medical billing system. 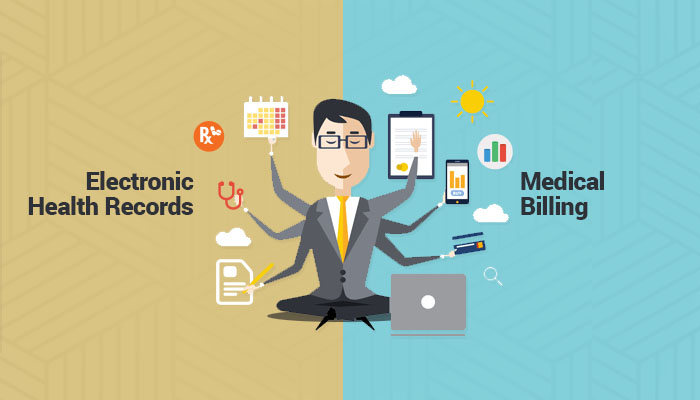